The exhibition, «Picasso. Sculptures 1902-1962», divided into two main themes - «the figure» (rue des Beaux-Arts) and «the bestiary» (rue de Seine) covers the diversity of the artist’s activity. Among the exceptional works the public will be able to discover the first cubist sculpture in the artist’s corpus, a Woman’s Head (Fernande), as well as two masterful cut, folded and painted sheet metal heads from 1961; the latter two masterpieces are on exceptional loan. In each of the two exhibition spaces (just a few meters apart), the sculptures are accompanied by a selection of paintings and works on paper, highlighting the dialogue and complementarity between the different media used by Picasso. The works on paper include study and research drawings, which give «the movement of his thought»; stand-alone drawings show the recurrence of a theme; cardboard and paper cutouts form the models for the cut, folded and painted sheets.

Galerie de l’Institut presents, in its two Parisian spaces on rue de Seine and rue des Beaux-Arts, the exhibition-event on Picasso’s sculpture, bringing together some of the most important milestones of Picasso’s work in three dimensions. 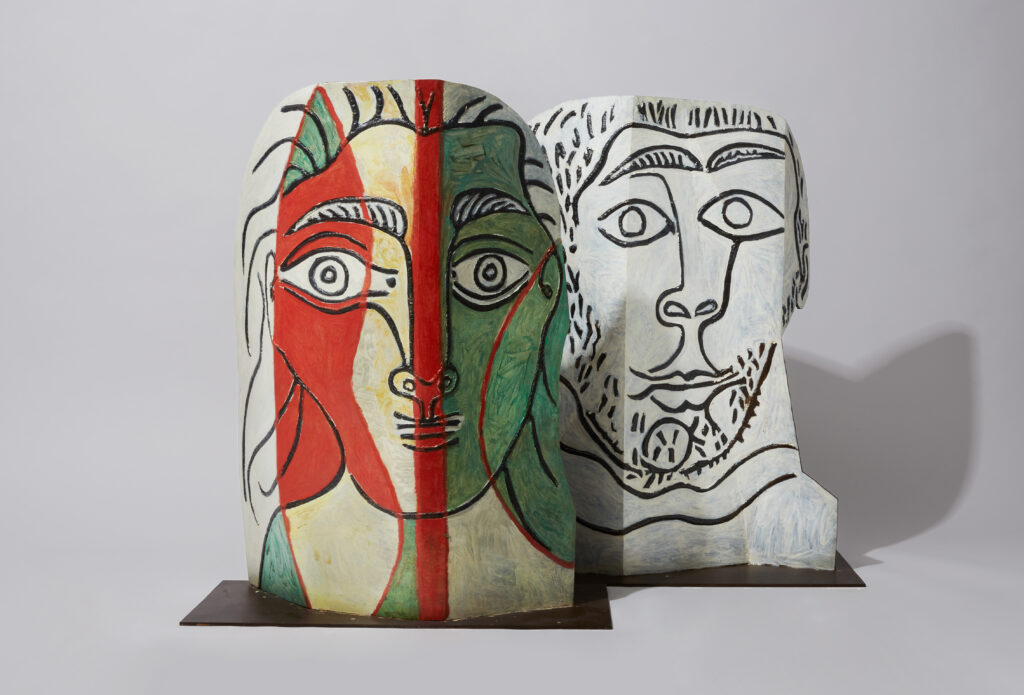 Around this theme, the exhibition brings together major works of sculpture by Picasso, three of which date from the turn of the century. The selection includes Head of a Woman (Alice Derain) from 1905, in which the unelaborate facial features seem almost loose. This work echoes both the unfinished treatment of Rodin’s sculpture and Medardo Rosso’s “fuzzy” work (Ecce Puer, bronze, 1905).

Woman Styling Her Hair, one of the first primitivist sculptures that Picasso executed in the fall of 1906 upon his return from Gosol in Catalonia, where he had spent the summer, coinciding with his discovery of Iberian art and Gauguin’s retrospective at the 1906 Salon d’Automne, this is evident from the drawing entitled La Coiffure from the same period. Head of a Woman (Fernande) of 1909 occupies a focal place in Picasso’s oeuvre on more than one level. It is the first Cubist sculpture to deconstruct faceted volume in three dimensions. It illustrates the complementarity and dialogue between painting and sculpture in his practice. Picasso drew on portraits of Fernande painted during the summer in Horta de Ebro, such as Fernande with Pears (New York, MoMA).

The sculpture in turn serves as a model for a series of paintings, including a Portrait of Braque (Berlin, Berggruen Museum, Nationalgalerie). Also on view is a series of hieratic, tapering figures known as “Boisgeloup Women,” executed in the fall of 1930, which show similarities to African and Etruscan art. They also evoke the Boisgeloup period from a lesser-known perspective.

A few months earlier, Picasso had purchased the castle of Boisgeloup, in the Eure region, which offered him vast spaces in which to develop his sculptural practice.

This period, one of his most prolific, is also illustrated by a 1931 Bather with biomorphic forms, in the extension of metamorphoses, of which echoes can be found in the artist’s painting.

Head of a Woman (Dora Maar) of 1941, an example of his monumental production, marks Picasso’s return to large-scale sculpture in the rue des Grands-Augustins studio, the birthplace of Guernica in 1937.

A bronze version has stood since 1956 in the garden of the Saint Germain-des-Prés church in Paris.

I would like to tell you that I have now gone back to something that I had done before in some attempts, which is the metal sheets that I had folded. First I start with sheets of paper that I fold, fold, fold and fold again, and since they are made of paper, because they are fragile and deform at the slightest contact with others, I put them in contact with others - I make them of sheet metal - a little more solid, I turn them over, I can take them back in an even more solid sheet metal and this creates things that I can keep, that I preserve. It’s basically a workshop.

A group of small figures modeled in soft clay executed in the mid-1940s reveal a more confidential, but equally representative aspect of the variety of Picasso’s sculptural output.

Also presented in the exhibition are Pregnant Woman (1949), which illustrates a more abstract vein, as well as the sculptures composed of everyday objects that constitute an important part of Picasso’s oeuvre and one of his major contributions to 20th-century sculpture, Figure of 1935 and Personnage of 1958.

This new technique is also found in the second part of the exhibition, focused on animals, with the famous Guenon et son petit (1951). On display are a large number of cutouts, particularly two masterful heads from 1961: a self-portrait and a portrait of Jacqueline, evoking the couple, and constituting an exceptional loan. These works have rarely been exhibited.

Finally, a tree-sculpture completes the selection and evokes the monumental dimension of Picasso’s sculpture, interpreted by Norwegian artist Carl Nesjar with betograve (a type of concrete sculpture). 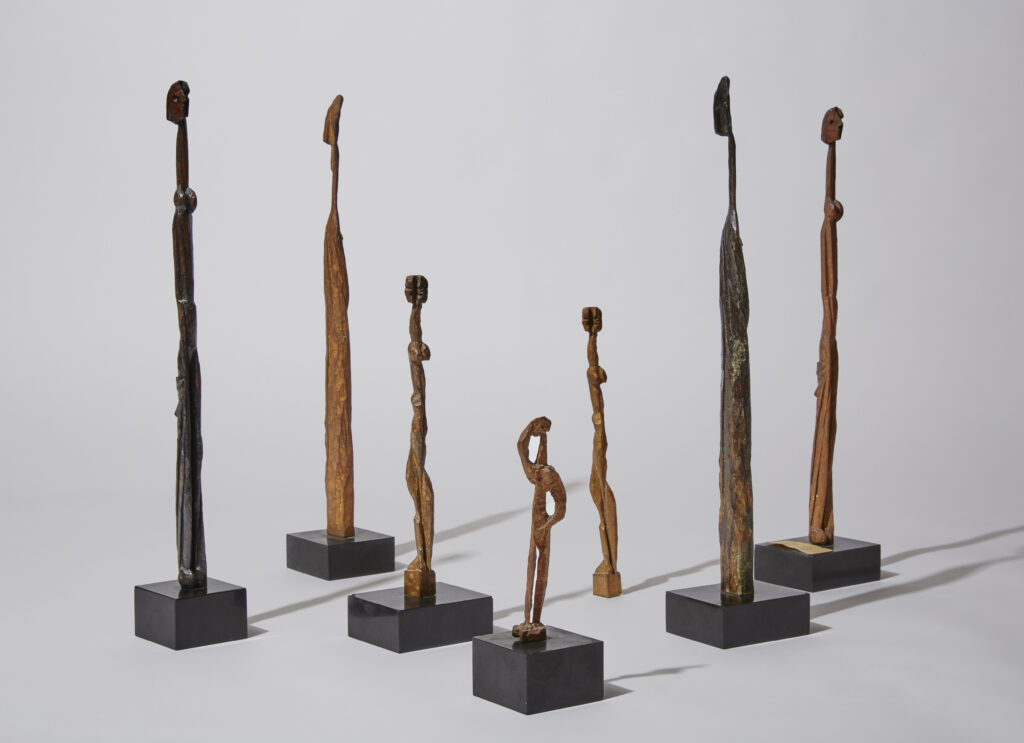 Picasso lived surrounded by animals: pigeons, cats, dogs -the Afghan Kazbec dogs then Kabul. In the 1950s he also owned a goat.

Animals appeated in Picasso’s sculptural work in Boisgeloup, in the early 1930s; a Bird and a Bull’s Head from 1931 are the first. The artist used the bird theme in different materials and styles as many variations: in bronze, in bent sheet metal, in cut and painted wood.

The familiar animals are joined by a mythological bestiary, to which belongs the minotaur, an essential figure in Picasso’s iconography of his maturity. Among the most representative works of the group presented in rue de Seine, the extraordinary Guenon et son petit, made in 1951, is an emblematic work of Picasso’s use of objects from his surroundings as components of his sculpture.

The head of the guenon is made of two children’s toy cars that Kahnweiler had given to Claude - a Panhard and a Renault - assembled in such a way that the wheels form a circle, the ears two cup handles, the body a large vase whose handles evoke the shoulders, and the tail a car shock absorber rolled up at the end.

The rooster - present in plaster and bronze - also belongs to Boisgeloup’s bestiary and introduces movement with great elegance.

In addition, a group of bulls echoes Picasso’s passion for bullfighting. 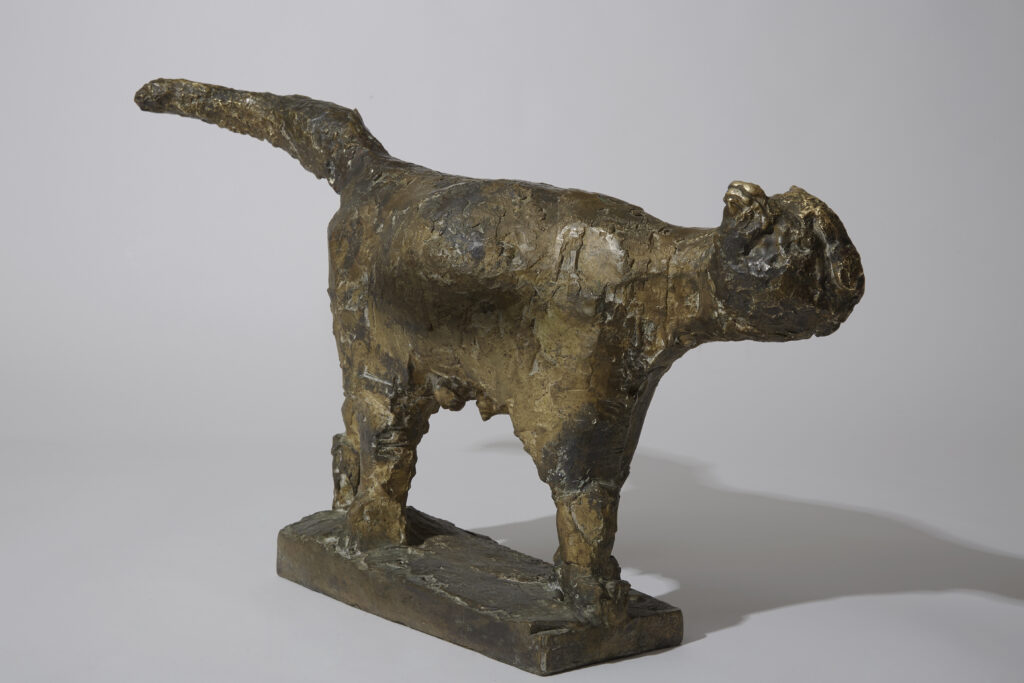 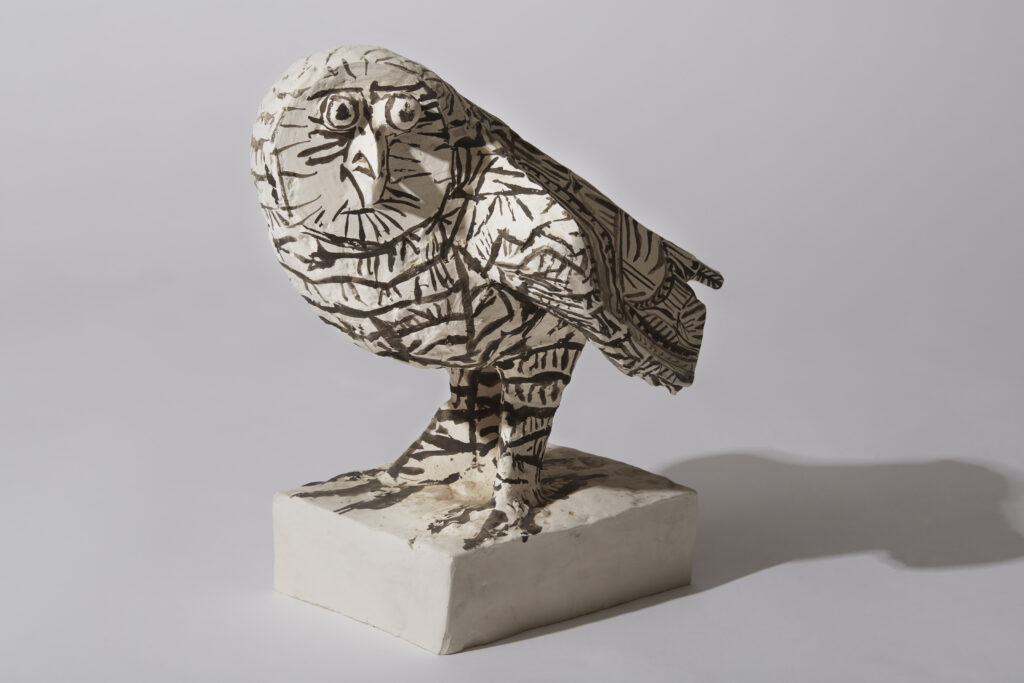 Picasso’s sculptural oeuvre is extremely rich and includes more than 650 sculptures executed between 1902 and the early 1960s, with more intense periods than others, notably the late 1920s and early next decade, corresponding to the Boisgeloup period; or the late 1940s, in the Fournas atelier in Vallauris, another a very intense period. His practice of sculpture was intimately linked to that of painting, with which Picasso maintained a fruitful dialogue. In sculpture he often concentrated on the same subjects he painted: figures, portraits of relatives, real or mythological animals, still lifes.

His output is of exceptional stylistic and technical variety. A passionate experimenter, Picasso expressed himself in traditional techniques, modeling and direct carving. He also demonstrated overflowing inventiveness, driven by both great artistic culture and abundant creativity, accompanied by unlimited freedom. Anything that fell under his gaze could give rise to a new idea. For example, the Etruscan figurines reproduced in Georges Bataille’s Documents magazine (No. 4, 1930) probably inspired him to create the long figures carved in wood. “We couldn’t leave a piece of string lying around without him doing something with it,” Jacqueline reports (Jacqueline Picasso to André Malraux, La Tête d’obsidienne, Paris, Gallimard, 1974, p. 34).

Think of the impressions of textures of materials he introduced into his sculptures, for example in Femme au feuillage of 1934 (S.157), or the engraved pebbles of 1937.

Starting with collage, Picasso invented assemblage, which he developed in a wide range of variations and whose possibilities he multiplied with everyday objects. The interference of the utilitarian object is one of the great revolutions in 20th-century art, introduced by Picasso in his Still Life with Reed Chair of 1912 (Paris, Musée Picasso) before Marcel Duchamp’s first ready-made. In 1954, Picasso created a new kind of sculpture by cutting, bending and painting sheet metal. This led him to Jacqueline’s cutout projects and then to tree sculptures, another way of showing different facets of a model in sculpture.

Galerie de l’Institut, having extended its activities to the sale of unique works, also presents ceramics, tapestries, sculptures, drawings and paintings by these great artists and more.

To name just a few - among the many important exhibitions of the gallery - will be the case to mention “Picasso intime. Photographs by Jacqueline Picasso,” as part of Photo Saint-Germain (2021), the one devoted to “Portraits” (2014) and “Monotypes” (2013).

With “Picasso. Sculptures 1902-1962” Galerie de l’Institut once again pays tribute to one of its favorite artists by exhibiting in its two spaces all the artist’s richness and extreme ability to constantly renew himself and his art. 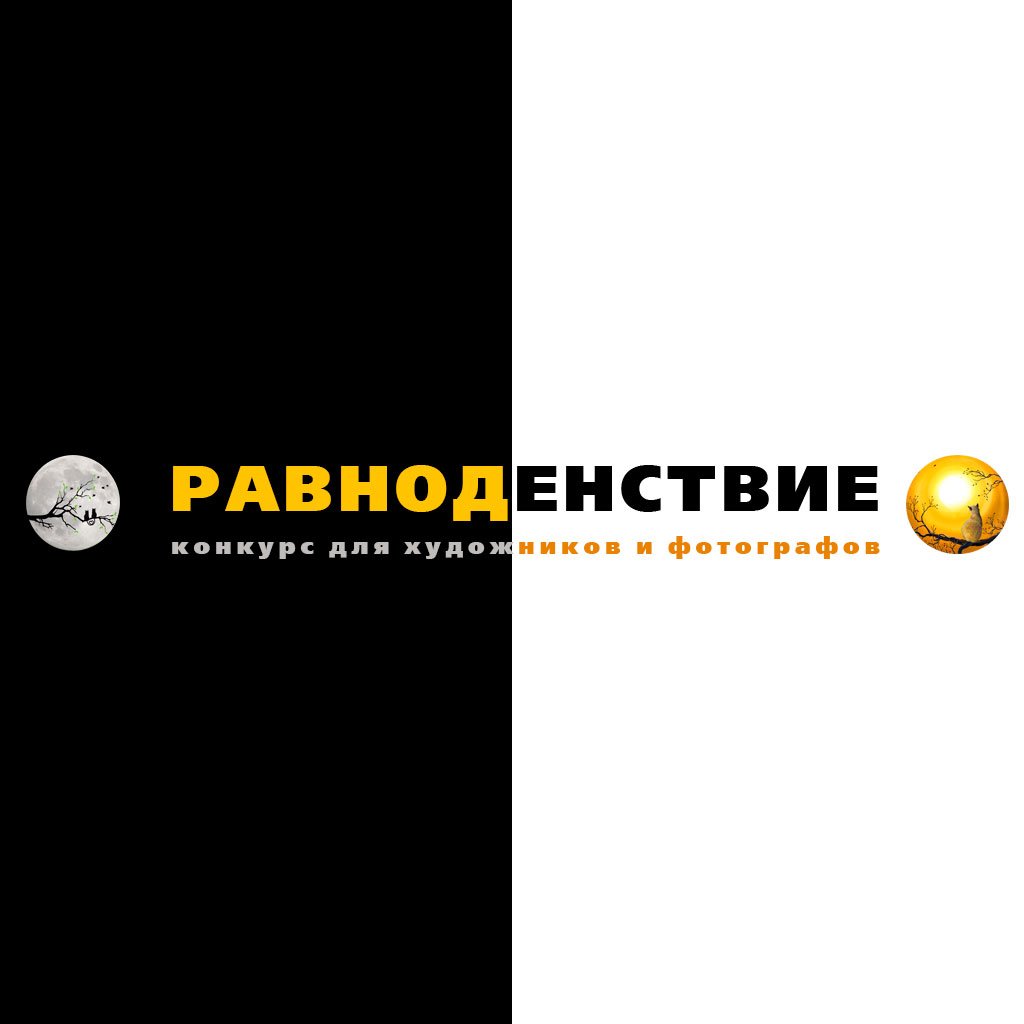 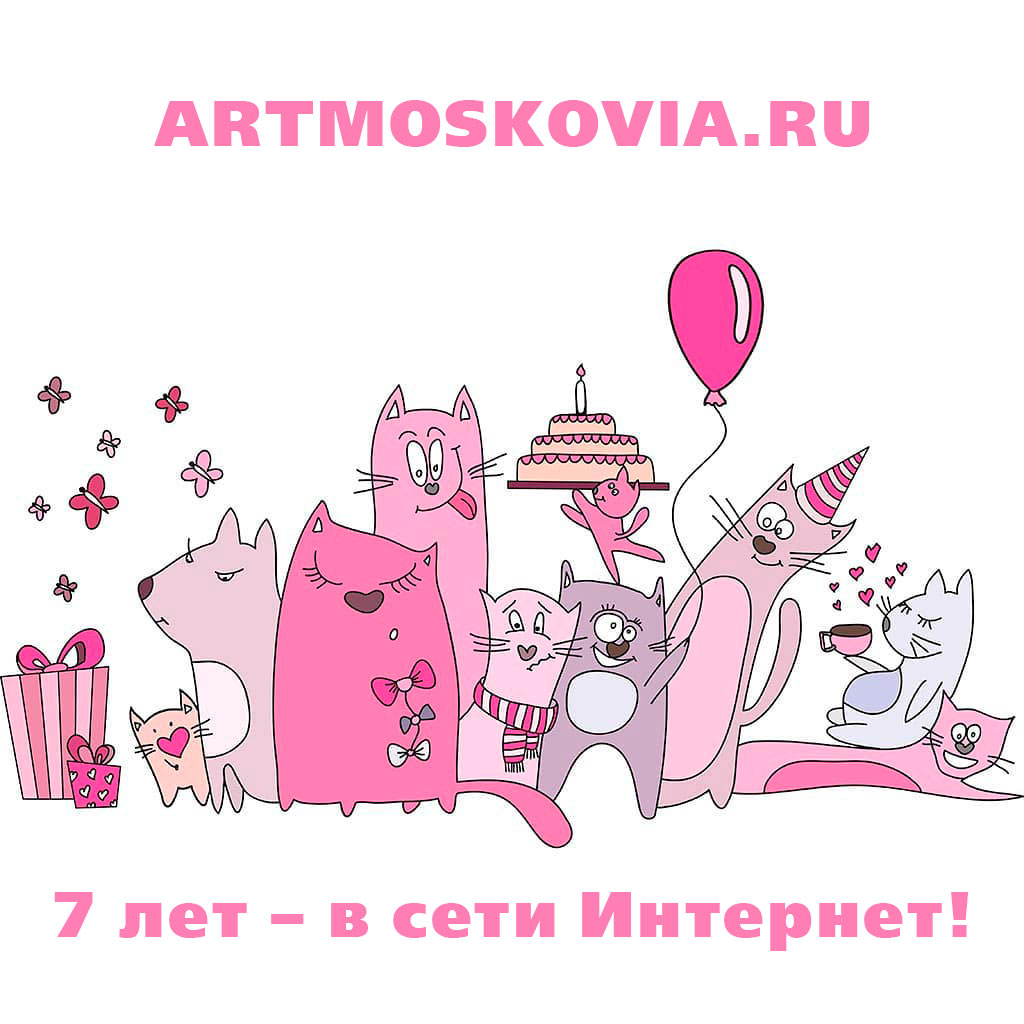 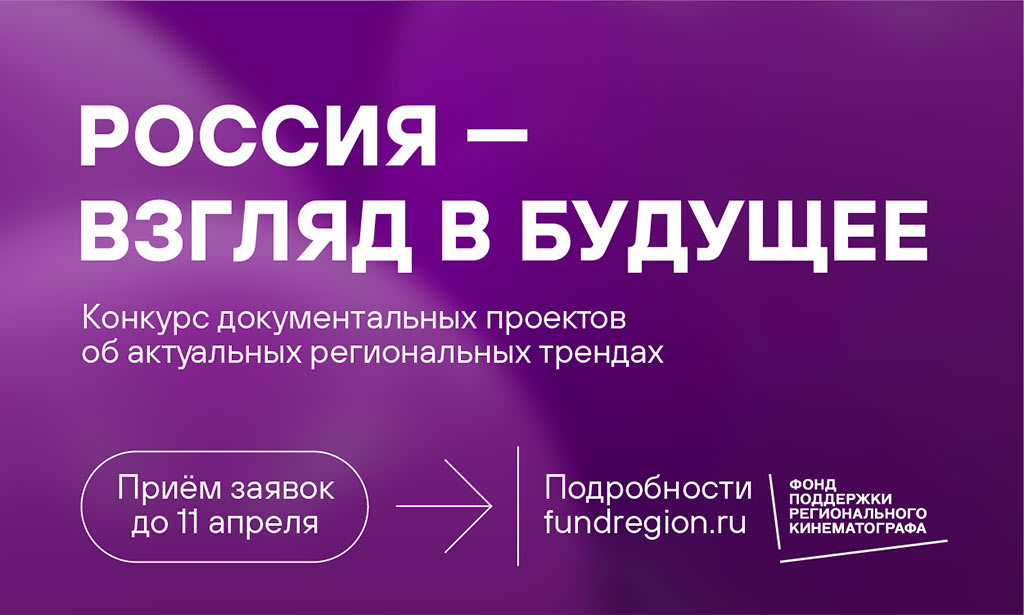 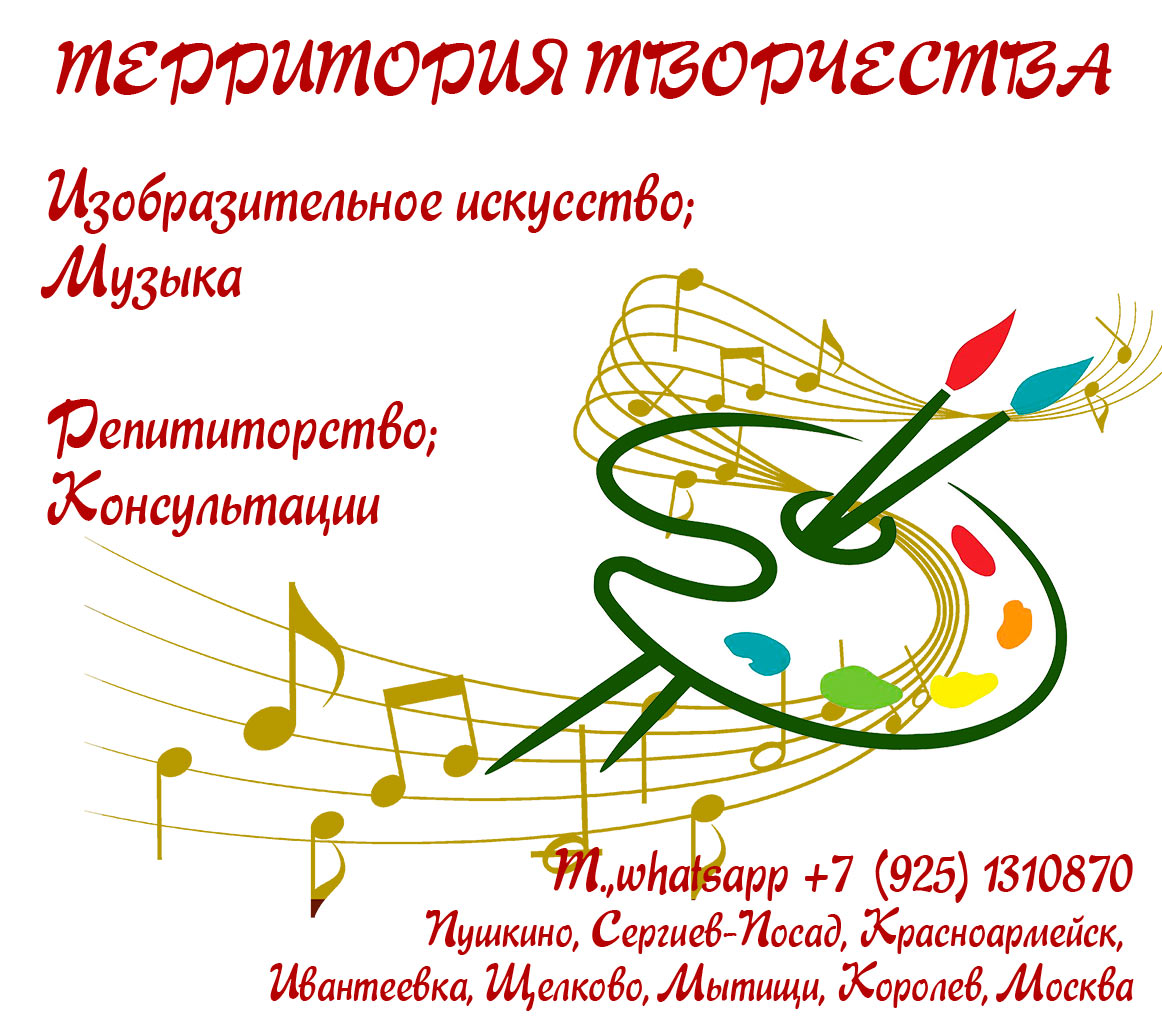